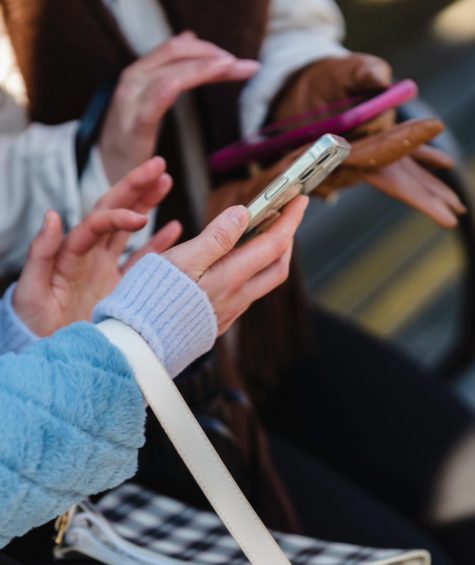 SPL has seen a positive start to the year as our project continues to gain momentum and capture world wide interest. As pioneers in the technology sector, and being a British company, we are proud to see continued recognition of our innovative idea; to provide the affordable, efficient, and eco friendly solution that is our High Altitude Platform. We look forward to seeing our technology on, or should we say above, British soil in the very near future.

CEO Richard Deakin recently spoke with The Telegraph’s Jeremy Warner in his article highlighting the need for Britain to bring home it’s inventions, and bring profits to our shores.

You can read the full article here: https://www.telegraph.co.uk/business/2021/04/13/britain-must-turn-brilliant-inventions-profits/

A transcript is also available below:

“Tomorrow’s world is being shaped here in Manchester,” the minister declared. Only that morning he had met “the two brilliant scientists” behind a spectacular new discovery, and now he was chipping in £50m to take their product “from the British laboratory to the British factory floor”.

“Let’s stop thinking that the only growth that can happen in Britain takes place in on industry in one corner of our country,” he went on. “We’re going to get Britain making things again.”

If you think these words are straight out of the UK Government’s new-found Brexit Britain esprit de corps playbook, well they certainly could be; we hear a lot of this kind of guff at the moment. But in fact they were spoken by George Osborne nearly 10 years ago at the Conservative Party conference, when Brexit was still little more than a no-hope glimmer in John Redwood’s eye.

The then-Chancellor of the Exchequer was talking about graphene, a wonder material said to be tougher than steel and as pliable as plastic. I’m not sure what became of that £50m, but it is fair to say that other countries, including the US, China and South Korea, have since proved a whole lot more successful than Britain when it comes to actually deploying the material, and patenting its applications.

It’s a familiar story, so much so that it has become something of a cliché; Britain is very good at discovering and inventing stuff, but when it comes to commercial exploitation it’s been an abject failure. Magnetic resonance imaging scanners and the world wide web included, Britain’s post-war history is littered with ground breaking inventions that for one reason or another the nation has been unable to turn into sustainable sales and profit. Those benefits have instead tended to go to others.

From Harold Wilson’s “white heat of technology” speech nearly 60 years ago to today’s “Advanced Research and Invention Agency”, the brainchild of Boris Johnson’s one time adviser, Dominic Cummings, there has never been any shortage of enthusiasm in government for transforming Britain from the science powerhouse it already is into a country which is once again capable of capitalising on its own inventiveness.

Unfortunately, the practice has always fallen short of the political rhetoric and ambition. Ian Livingstone’s soon to be published review on how to replace China’s Huawei in 5G mobile networks suggests solutions which could usefully be applied to any number of industries. Britain long ago lost the plot as a world-leading telecoms equipment manufacturer. Simply banning Huawei is not going to bring back Marconi and Plessey.

But with the market moving towards more open source forms of equipment — or so called “radio access networks” — there is a huge opportunity for Britain to exploit its expertise in chip design, cyber security and radio frequency as part of a multi-supplier solution to the problem. Ericsson and Nokia, the only two alternatives as things stand to Huawei, may seem more palatable partners, but frankly the country’s core infrastructure shouldn’t be in hock to any monopoly overseas supplier.

Sometimes, however, there are wholly British solutions sitting there largely ignored on our very own doorstep. 5G and ultra-fast broadband may be a case in point. The favoured approach to these multi-billion pound infrastructure challenges – made all the more urgent by Covid and mass remote working – is through mast and full fibre rollout.

A UK-based company calling itself Stratospheric Platforms (SPL) offers an entirely different solution; connectivity would instead be supplied by a flight of some 60 hydrogen-powered high-altitude drones, each with a wingspan of a Boeing 747.

The aircraft are designed to be so efficient that they would need to return to Earth for refuelling only once a week.

“Why would you want to spend billions on conventional masts and fibre,” says SPL’s chief executive, Richard Deakin (a former head of National Air Traffic Services), “when just one aircraft can replace 700 masts? It’s a fraction of the cost, and can be done much more swiftly than envisaged under current plans. To us it feels like they are still using the technology of the horse and cart when we can offer them a high-performance car.”

If all this sounds a bit far fetched, consider that the UK Government has just invested £400m on a wing and a prayer in OneWeb, which aims to offer connectivity via a network of low orbit satellites. What was that all about? Serious questions need asking about the genesis of and need for that investment. Google eventually abandoned a venture similar in concept to SPL, admittedly, but in that case the fault was less in the idea than the use of balloons, which were always going to be problematic, rather than drones to supply the connectivity.

In any case Deutsche Telekom has already sunk £70m into SPL as a possible answer to white spots – remoter areas, generally, where connectivity is extremely expensive to provide via conventional means. O2, owned by Spain’s Telefonica, is also understood to be interested. If this British-based company can secure the backing of the Germans and the Spanish, why not its own countrymen?

Many industry insiders remain sceptical. “If this really is the holy grail,” says one, “then the venture capitalists would be breaking down their door to invest. That they are not tells you something.

“For high density, low maintenance connectivity, mast and fibre still offers the most compelling solution. A flying network would be too open to compromise.”

Well possibly, but getting to the desired 100pc coverage via the chosen path any time soon is going to be extremely costly. Much of the world, moreover, still has no connectivity at all, potentially providing SPL with a vast export opportunity.

To be fair, Whitehall is not entirely uninterested. The door is open. But bureaucracy and budgetary considerations constantly get in the way. Already there is a powerful lobby of vested interest and subsidy behind the established approach. Like a great supertanker, it refuses to be turned. The UK Government has set aside £250m, of which £50m will be allocated this year, to diversify Britain’s 5G supply chain, but none of it looks destined to go to SPL.

This despite the fact that the idea is already surprisingly well advanced; the hydrogen engine and antennae have been designed, tested and built, and prototype aircraft are under construction. Yet depressingly, SPL still finds it gets more engagement from the US and Asia Pacific than it does from Britain, even though it plans to build the drone here in the UK, the first wholly British-built aircraft since Trident.

Another great British invention, I fear, threatening to head off overseas.”